Everything You Need to Know About Your Assault Charge 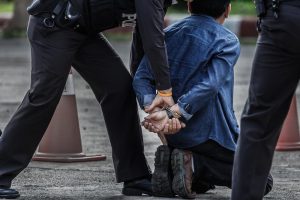 Assault is a serious criminal offense in Texas. You could face significant penalties, such as imprisonment and fines. Even if the case gets dismissed or the jury acquits you of the charges, the arrest alone is enough to affect your life negatively. The stigma could follow you and interfere with your ability to find employment or a place to live.

You should contact a criminal defense lawyer immediately following an arrest. With adequate legal representation, you could get the charges dropped or sentencing reduced.

What Is Assault Under Texas Law?

According to Texas Penal Code § 22.01, assault occurs when someone:

Depending on the circumstances, you could face various assault charges, such as:

Penalties for an Assault Conviction in Texas

The courts use sentencing guidelines to determine the appropriate penalty for assault. Multiple factors could affect the severity of the sentence, including:

A misdemeanor assault consists of three classes with these penalties:

A felony assault is more serious than a misdemeanor assault and comes with severe penalties. Sentencing depends on the degree of the felony: 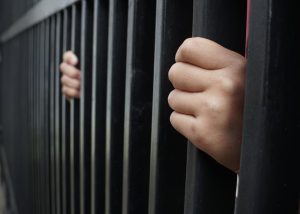 Enhanced sentencing is available for repeat and habitual offenders facing a first, second, or third-degree felony charge. That means the court can increase the prison term based on the defendant’s prior convictions and the timeframe between the current conviction and previous convictions.

For example, a third-degree felony assault charge could increase to a second-degree felony sentence if the defendant has two prior state jail felony convictions on their record.

The prosecutor’s job is to prove you are guilty beyond a reasonable doubt. That means your criminal defense lawyer must find a way to instill doubt in the juror’s minds with witnesses, expert testimony, evidence, and other means.

The most common defenses used in assault cases include:

The Law Office of William Jang, PLLC has decades of experience defending clients against assault charges. We understand how scary an arrest can be and the consequences it causes in your life. You could face jail time, fines, and other serious consequences.

Our legal team will review your case and create a strategy to defend you during the trial. We always use a personalized approach to tailor a defense that meets the unique needs of the case. We will fight hard to try to get the charges dropped and secure your freedom and future.

If you face assault charges in Texas, call the Austin criminal defense attorneys of the Law Office of William Jang, PLLC at (512) 323-2333 today for a confidential consultation about your defense.

What Our Clients Are Saying

He help me out with my TN Visa. The process was very fast and smooth. He is very responsive via email as well as phone calls. He properly advices you accordingly to your immigration status. Totally recommend him.

I'm so happy my wife and I chose to go with the William Jang. We thought immigration process was a long, and frustrating at times process. However, wife and I received our permanent resident card in 2 months. We could not have done it without William Jang. We highly recommend using this team for... Read More

Had my first consultation with Attorney Jang, and it’s so helpful! Mr. Jang is the most professional attorney that I have ever consulted so far.

I contacted the Law Office of William Jang back in August of 2021 for help filing my N-400, and with Mr. Jang and his assistants' help, I was able to file the application in October and received my citizenship in March of 2022. Mr. Jang was there every step of the way - he helped me gather and... Read More

Im very Happy with Mr Jang advice, after 4 months my case for a construction business was approved, he told me what things to change in my business plan in order to be approved, his assistant Yaritza was very helpful and kind as well, I will hire him again to renew my visa